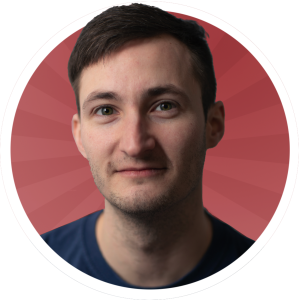 This homemade timber sliding screen was intended as a barrier for the cats for our new open plan kitchen. Off the shelf, sliding doors were prohibitively expensive, the wrong size, and unattractive, and so we decided to try and build our own.
In the end, we didn’t need doors to the kitchen so we used them as decorative screens for the bedroom.

The screens had to let the Southern light through the kitchen into the living space even when the screen was closed, so I initially experimented with a perforated panel idea to create halftone images on each screen. I used a scrap piece of wood to test the idea but the holes drilled left splintered blowout holes on the other side of the panel so this idea was abandoned in favour of a tree silhouette cut into the screen.

I first sketched the idea, then drew it up in more detail digitally. while the tree pattern looks random it was actually carefully planned at each step. Visually we wanted the trees to be tall and thin, inspired by Macintosh’s visual proportions, but the trunks and branches had to be carefully planned to have a minimum thickness for structural integrity, and we added branches lower down the screen to add rigidity to the long thin cuts through the timber. Additionally, all the larger holes were deliberately placed closer to the top of the screen, so that the cats can’t jump up through the holes. I did more test cuts in my scrap piece of timber to ensure that the screen wouldn’t break due to branches being too think when it came to cutting.

Once a final design was reached I printed full size templates and trimmed the cutting areas, which i used to sketch onto the timber. I also used an A4 print of the whole design to free hand the rest of the cuts.

I purchased x3 sheets of 25mm spruce at 2380mmx600mm as our screens and transferred the design onto the timber and shaded in any areas to be cut to avoid any confusion of cutting the wrong place.

I predrilled holes near the end of each cut, to allow me to insert a jigsaw blade into the workpiece to start each cut.

I used the hole cut method to cut outwards from the hole, turning into and joining each cutting line before reversing and cutting in the other direction to leave tight cut corners.

Before cutting ensure you wear all appropriate safety gear to protect your hands, face, eyes and mouth- as well as the risk of injury, cutting can create a huge amount of dust.

I used the jigsaw at a medium speed with no pendulum setting for smooth, neat cuts and maximum control.

During cutting, I found that despite all of the planning I was unable to make some of the smaller cuts due to limitations of the jigsaw turning circle, and so I combined some of the holes into one and widened other curves to make it work. Nothing ever goes 100% according to plan when it comes to DIY!

Once cut the three final panels are looking pretty good! I applied a layer of gloss varnish to the screens to bounce more light into the room.

The three panels side by side were mounted onto the wall with battens to give them a bit of relief from the wall.

I’m very happy with the results, they look very dramatic against the dark wall of the bedroom, and coincidentally fit exactly into the height of the room, from floor to ceiling.

📈 The Huge Benefits of SEO for Small Businesses

😵 Boost Marketing Conversion by 12.5% with PowerWords

🗝️ How to Find Keywords for SEO: Our 5 Step Guide